Dhaman or Oriental Ratsnake Ptyas mucosus is a common species of colubrid snake found in parts of South and Southeast Asia. Growing to nearly two metres, they are large snakes and their colour varies from pale browns in dry regions to nearly black in moist forest areas. They are frequently found in urban areas where rodents thrive.

3. Description
Description from Boulenger’s Fauna of British India: Reptilia and Batrachia volume of 1890:
– Snout obtuse, slightly projecting; eye large; rostral a little broader than deep, visible from above; suture between the inter-nasals shorter than that between the prefrontals ; frontal as long as its distance from the end of the snout, as long as the parietals or slightly shorter; usually three loreals; one large preocular, with a small subocular below ; two postoculars: temporals 2+2; 8 upper labials, fourth and fifth entering the eye; 5 lower labials in contact with the anterior chin-shields, which are shorter than the posterior; the latter in contact anteriorly. Scales more or less strongly keeled on the posterior part of the back, in 17 rows. Ventrals 190 – 208; anal divided; subcaudals 95 – 135. Brown above, frequently with more or less distinct black cross-bands on the posterior part of the body and on the tail; young usually with light cross-bands on the front half of the body. Lower

– When threatened they are capable of growling. This has been suggested as a possible case of mimicry of the King Cobra.[1] However, this mimicry often proves to be a disadvantage if the snake lives with humans; more often than not, this snake is mistaken for the King Cobra or a related animal such as the Indian Cobra, and frequently killed because of this. 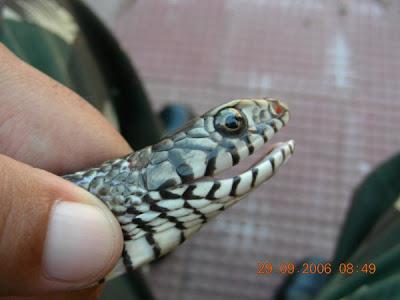 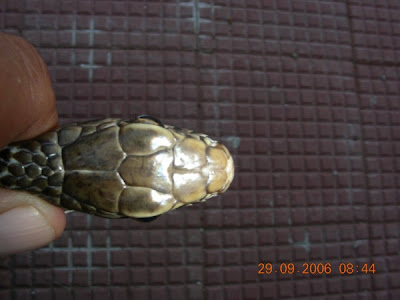 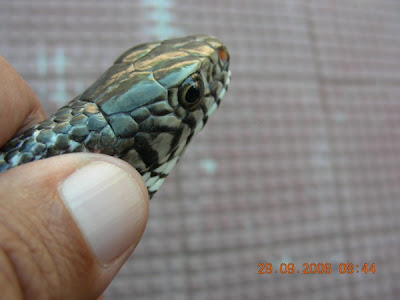 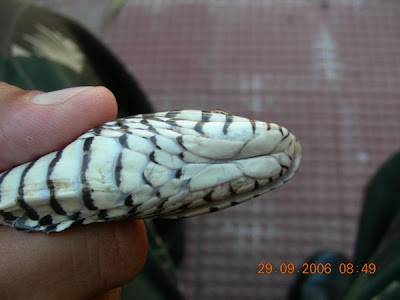 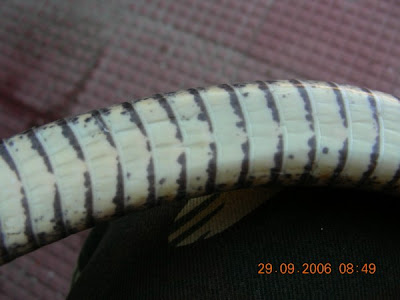 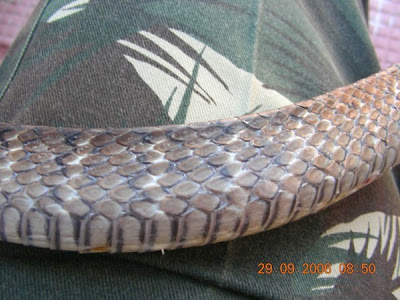 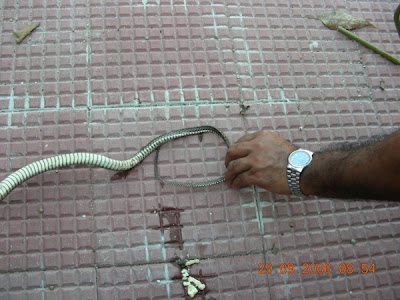 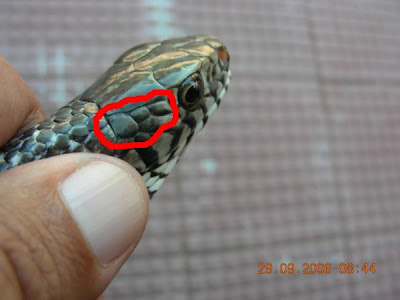 * Notes: Young, B.A., Solomon, J., Abishahin, G. 1999 How many ways can a snake growl? The morphology of sound production in Ptyas mucosus and its potential mimicry of Ophiophagus. Herpetological Journal 9 (3):89-94.